3rd into 4th Dimension of Consciousness

3rd into 4th Dimension of Consciousness

The third dimension is a time/space and cause/effect paradigm. We came here to experience this dimension to learn more about our power of creation. In the third dimension, life mirrors our thoughts and feelings so that we can track the circumstances of what we hold in our consciousness. 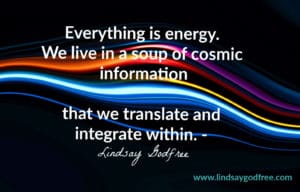 The third dimensional reality is the consciousness that most of humanity is now living in. It is associated with the same energy attributes as the third chakra energy center in our bodies governing personal power, relationships, money, and sexuality. It is primarily about learning how to use and understand personal power; it’s right use and the abuses of power across the world.

As a collective, we are peeling away the layers of the use and misuse of power in every aspect. You can observe many of the misuses of power across the country and the world. They are in our social structures, governments, and financial complexes. This exposure is the painful birth of BIG changes.

Shifting into higher consciousness is an individual awakening which changes the heart, that becomes a movement, which changes everything. The change happens within us first with each choice we make and each thought we think. The exposure of our own misuses of power is being exposed in our own consciousness.

Once we have identified and learned right uses of our creative power, we are then free to move into the next dimension of higher consciousness. We begin to think and act differently as we become aware that we can do better and survive better as we focus on what is good for all and act from the heart.

As we move into the fourth dimension, we begin to experience less of the us-vs-them mentality and begin to move into sharing, caring, and unity with all of life. The shift in understanding is from a paradigm of power-oriented consciousness to a paradigm of heart-centered consciousness. The heart being the fourth chakra, or energy center, the one that is the powerhouse of love.

Shifting dimensions of consciousness is a matter of vibrating with and moving through the energetic layers we exist in. The vibrational frequencies, the same ones that are held in corresponding chakra centers in the human body, are the same ones that the planet body experiences as well.

Everything is energy. We live in a soup of cosmic information that we translate and integrate within.

As we change, we may feel disoriented and slightly dysfunctional as we learn new ways of being. We begin to move out of the dimension of linear time into more of a dreamlike state and things will happen faster. Synchronicity comes more and more often as life becomes magical. We learn about quantum physics as we move out of linearity.

The earth too is changing into the fourth and then the fifth dimension. It is moving in faster, higher frequencies of energy that are reflected in the measurement of the Schmann Resonance. The planet itself is on its own evolutionary journey and humanity must up-level too. We are connected to the earth body in so many ways that we are not even aware of yet.

It is the fourth dimension that holds the answers to those “problems” we perceive in our third dimensional reality. As Albert Einstein said, we can’t solve problems from the same way of thinking that created them. In the next dimension we have access to a whole new world of possibility. Many of today’s children hold the equations to the future of humanity.

This greater awareness and more expanded consciousness of the fourth dimension allows us to wake up to ourselves–our larger Self, our true self as oneness with unity Consciousness. This is the Awakening that is happening NOW. 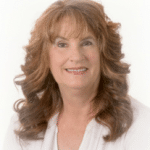 Lindsay Godfree is a successful author and teacher who was struck by a supernatural experience of transformation and awakening. Her mission is to inspire others with her story and guide them on a journey of authenticity and consciousness.
Read her story here.